We went to France to source interesting items

We went to France to source interesting items

After a few visits to France in recent years I was taken by the beauty of French gardens and homes. We always scour the markets for interesting objects for our home and I was always so frustrated as I just wanted to hire a huge crate to cart everything I saw home! 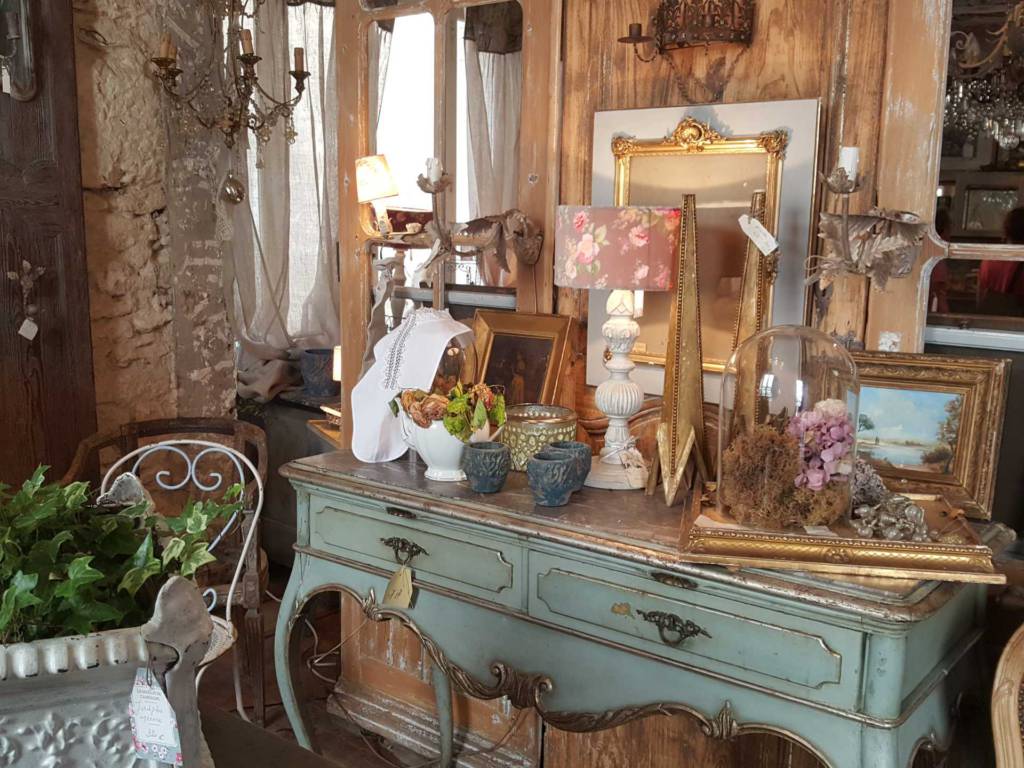 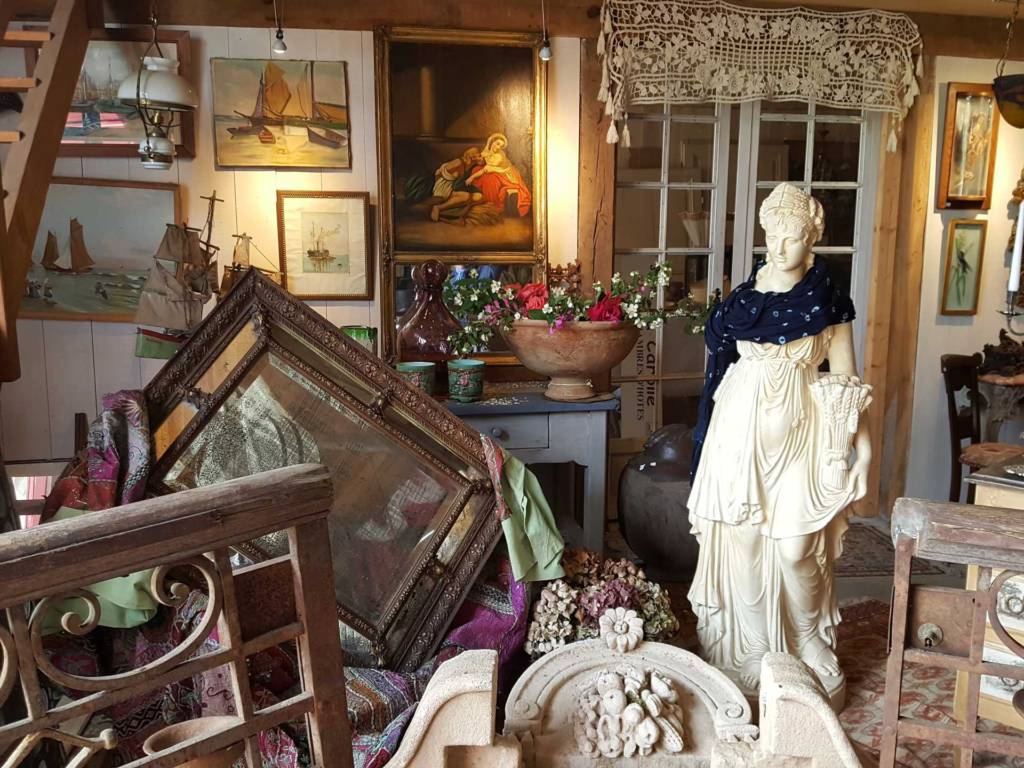 In 2015 we literally spent one day in the Dordogne area and in 2016 we returned to get to know the area. After seeing many second hand stores and markets we returned home to start investigating a venture of importing garden and patio furniture and accessories.

There are several people in our area importing beautiful wooden furniture from France and we did not want to compete with them, but rather bring goods to the consumer that will compliment their French furniture!

After endless hours of bureaucracy we were granted an import permit to only import goods exceeding 60 years of age. This immediately eliminated bringing in beautifully crafted French cast and wrought iron goods. Well, we could bring in rusted 60 year old stuff, but who wants that!  In South Africa you can buy plenty of cute French style furniture, but it is often of poor quality and made in China! We made a plan, we photographed some lovely French designs and local craftsmen have made brand new, rust free replicas! 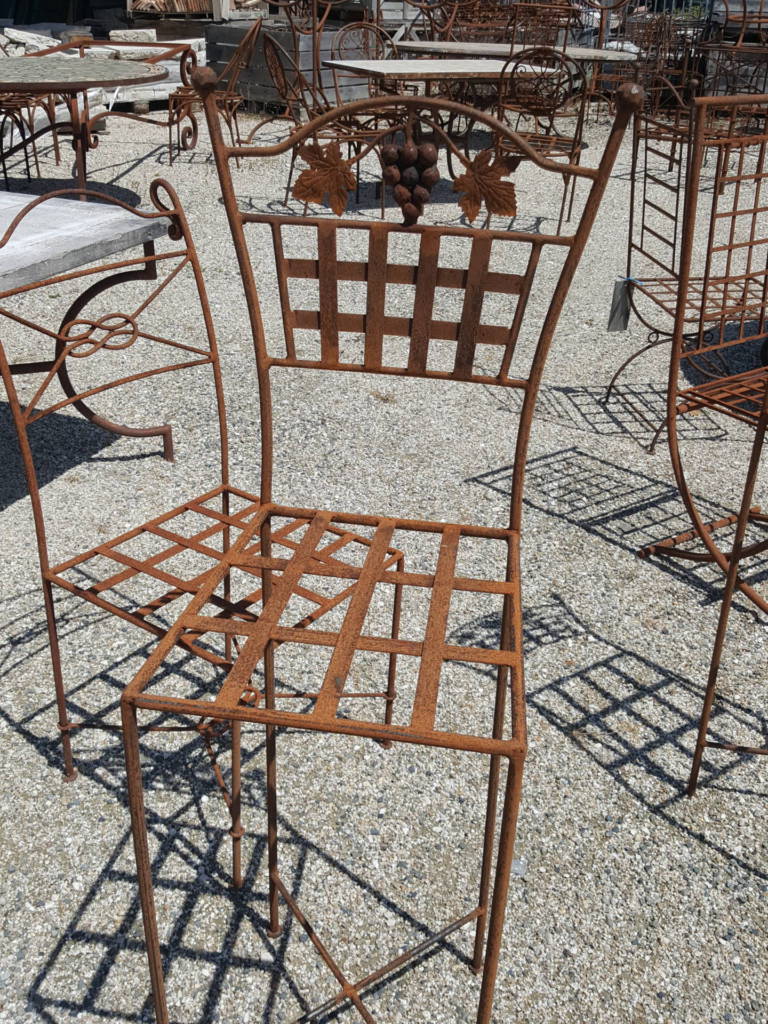 Our favourite French chair that has now been replicated by local craftsmen!

Another dilemma we we faced with when we started seriously shopping in France, was that the Brits have the same idea, but without the restrictions of import permits (before Bexit!) and with a friendly Pound vs, our dismal Rand, stock was over-priced.

The French have superb week-end antique and flea markets or Brocantes. The goods are varied and interesting and the prices fair, but the sellers often cannot supply an invoice suitable for export / import purposes. We even found some sellers to be illiterate! So we had to sadly forego some items rather than risk them being confiscated by customs. 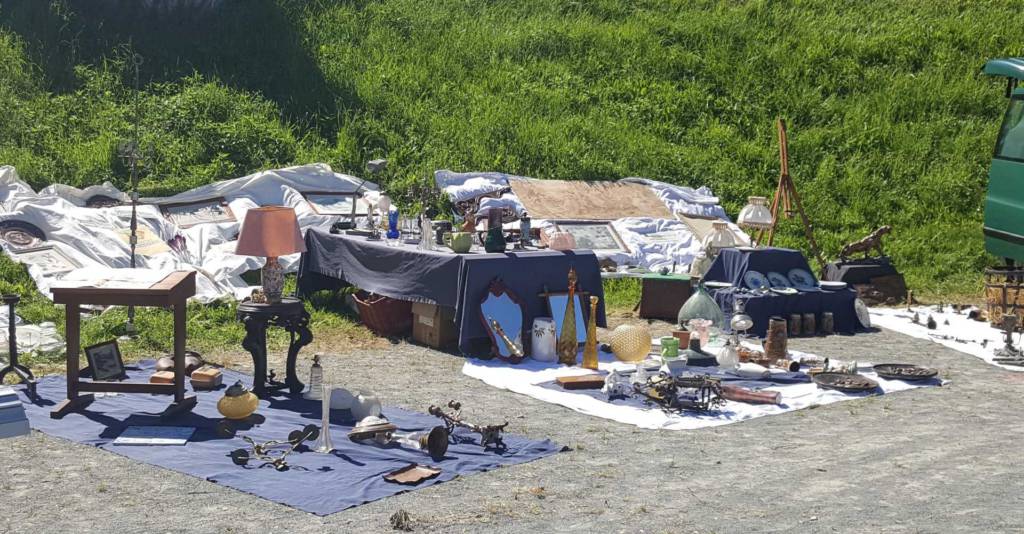 Anyway we pursued and our first trip was quite an expensive learning curve. We managed to only bring in about 20 %  and at much higher prices of what we originally envisaged. We have however found 3 ‘suppliers’ who have agreed to accumulate stock for us and hopefully we will have a greater range after our next buying venture. 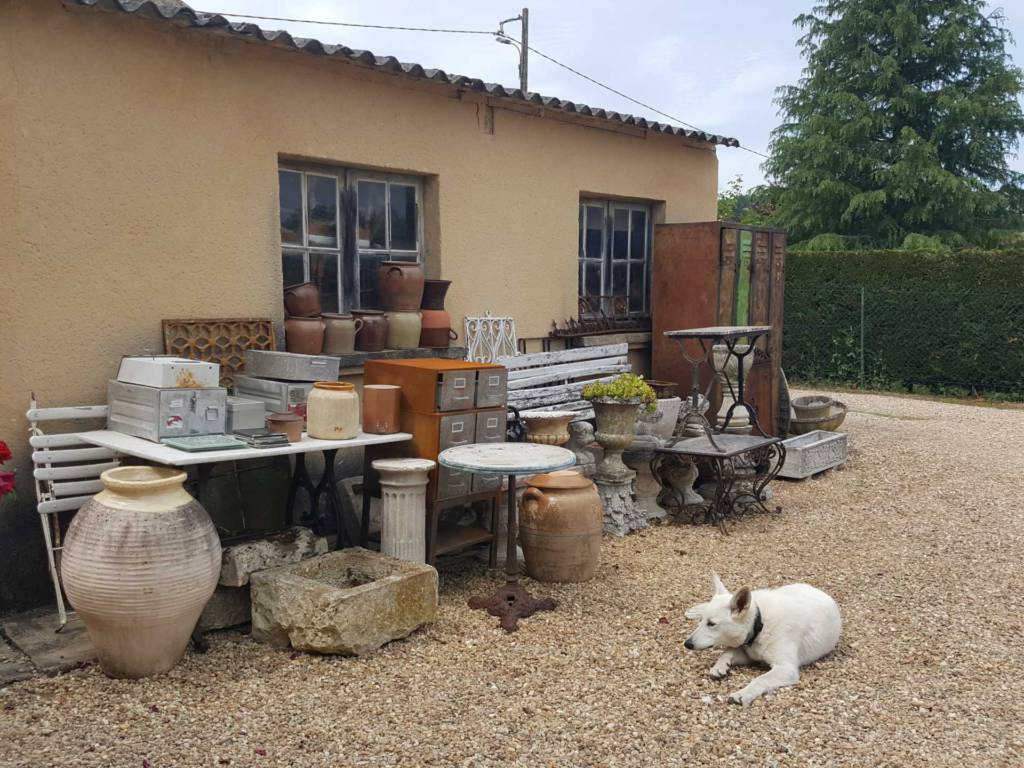 One of our favourite suppliers, and their beautiful white dog, Jango! 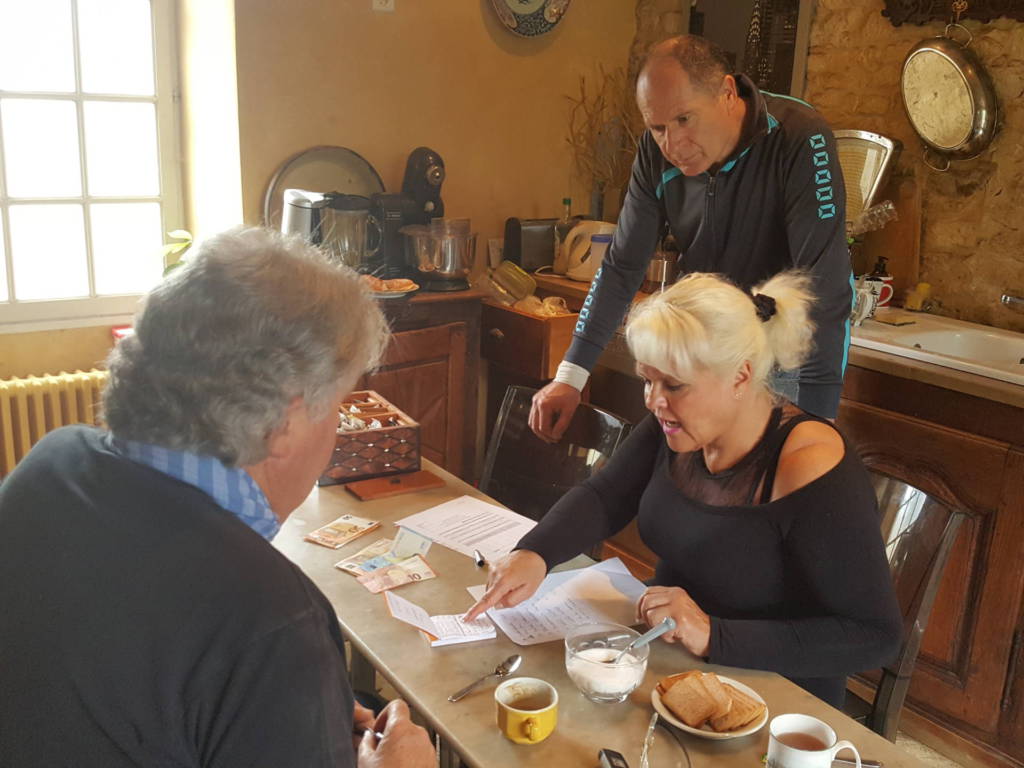 The upside us that we know virtually every village and country road in the Dordogne! We hired a little van and set out early in the mornings and got home to our rented, self-catering  accommodation to enjoy the French food and wine. We enjoyed picnics enroute consisting of cheese, sauccison (salami), beautiful red tomatoes and of course, a fresh baguette! The French drink and drive laws are as strict as our, so we did not risk a lunch time vino! 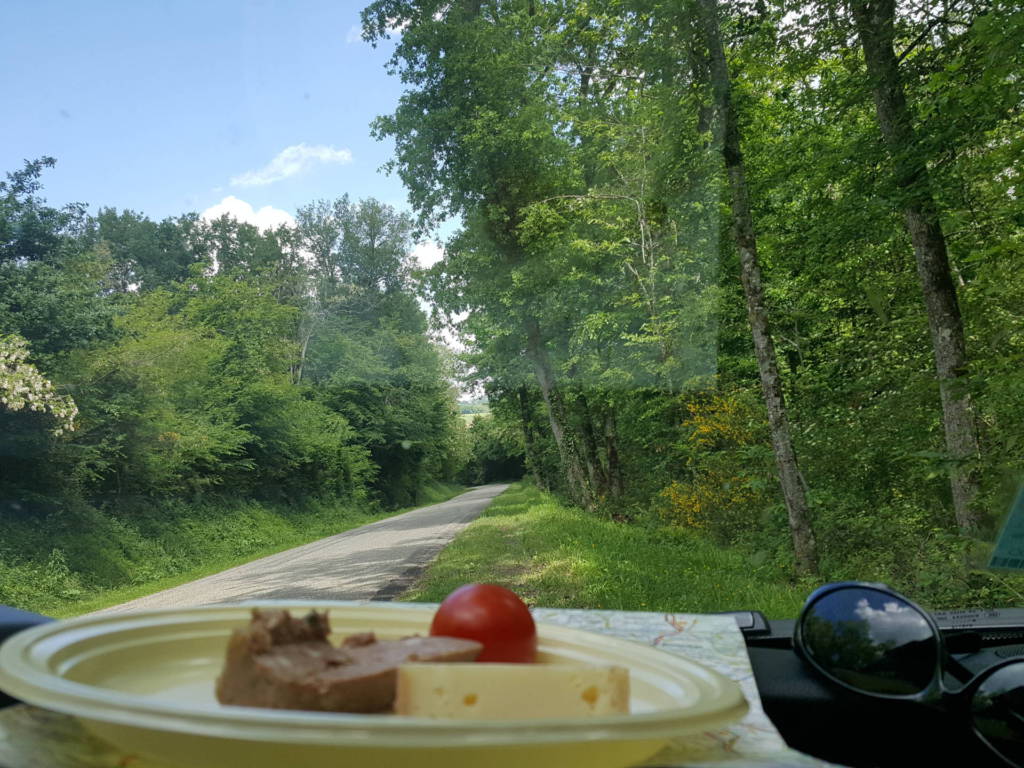 Picnic on the dashboard! 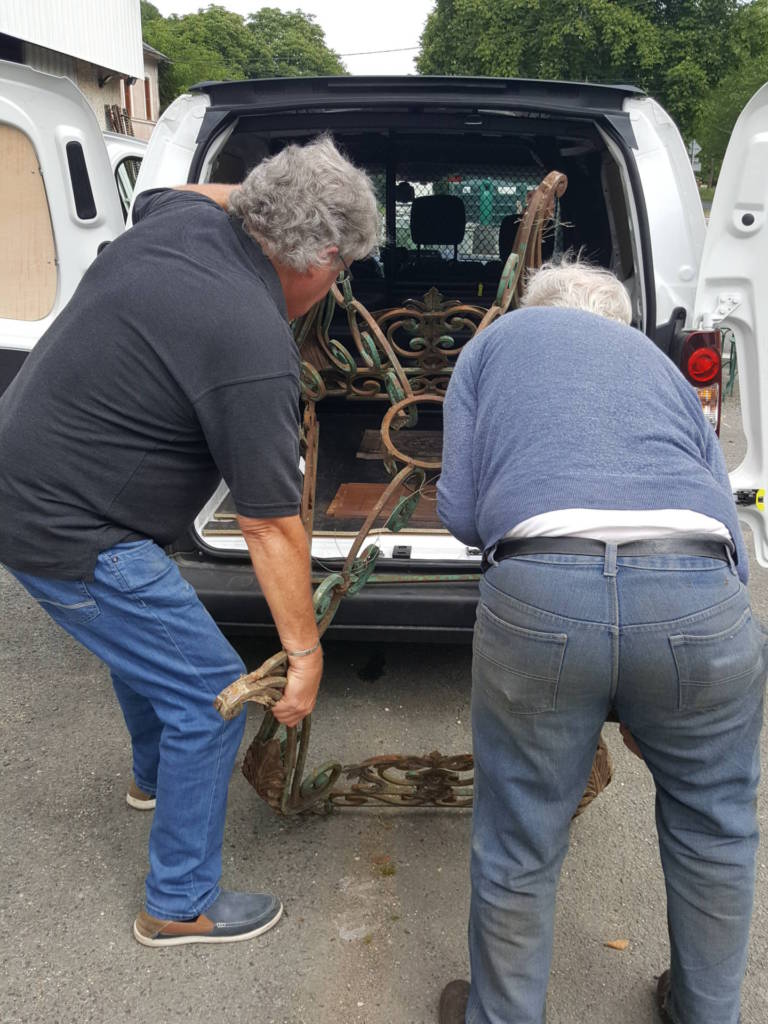 We learnt about the French way of doing business! We met fabulous people and were never faced with anything but a welcoming smile….. well, except from one Madame who owned a shipping company who was rather obnoxious, but then I suppose every country has a few of those! Our friends who live in France rallied around and assisted us and soon we had ourselves pretty well organised.

We loved our venture ….. we hope you love the items that we sourced!